Two photos of what looks like an early prototype of Google’s upcoming Pixel 3 XL have been leaked. The images first surfaced over at the XDA forums and were then posted by Android Police. The phone’s external design notch, chin, stereo speakers, and single rear camera line up with recent rumors that revealed some of what Google has in store for consumers this fall. 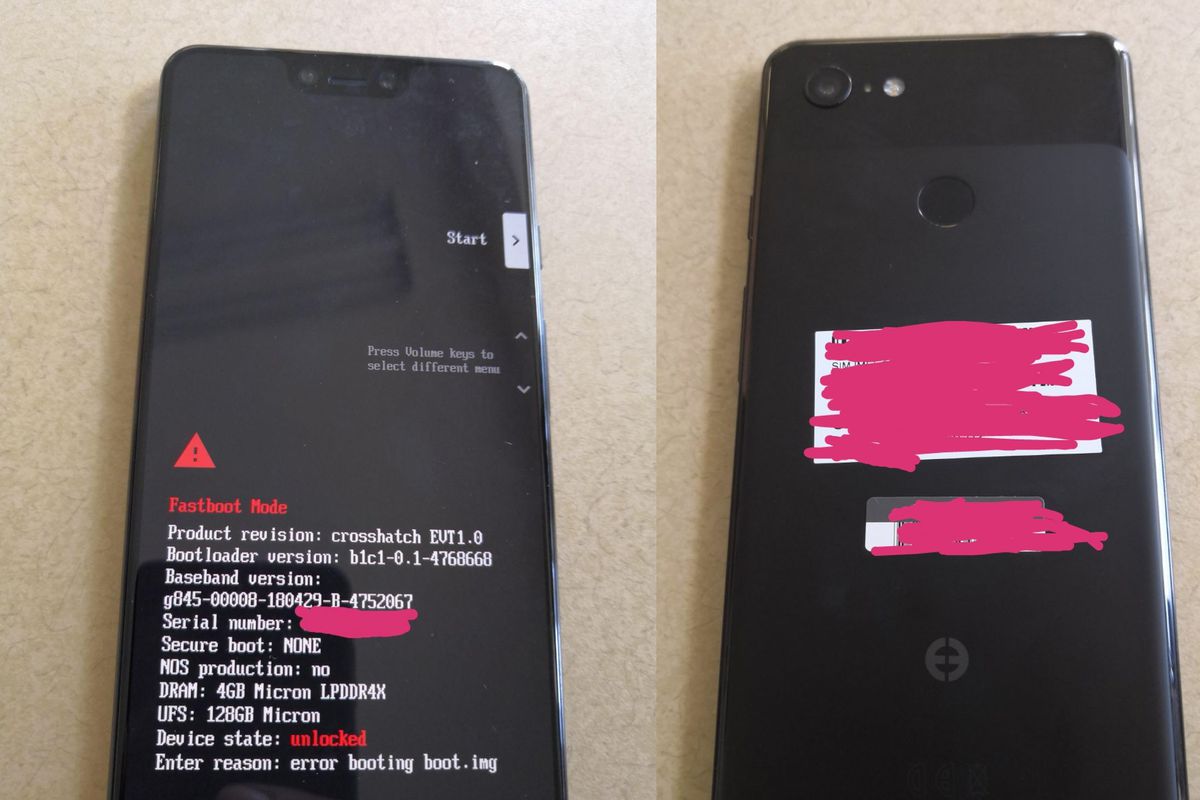 The dual front-facing cameras inside the phone’s notch were also mentioned in the leaked reports from earlier, though we still don’t know what the second sensor will be used for. The pictures also reveal a rear-mounted fingerprint sensor. What’s most peculiar about the design is that the Pixel 3 XL seemingly has glossy sides running all around it, whereas the Pixel 2 (particularly in black) had a matte, textured finish aside from the glass section at the top. There’s still a matte portion here, but it almost looks like it’s a specially treated area of a glass rear panel. There’s no obvious line break between the two. Additional photos posted later in the day reveal a USB-C port flanked by a SIM tray along the bottom, and no headphone jack to be found anywhere.

But don’t get too worked up about what you see. Even if these images are legitimate shots of an early Pixel 3 XL sample, they might not reflect the finished design. This device and a smaller, standard Pixel 3 aren’t expected to debut until October. So while some aspects of the phone (like that notch that cuts into the screen a bit deeper than others) are unlikely to change, other details might.

How to stay committed to your goals

Google bans more than 500 hundred apps due to rowdy advertisement!

PepsiCo to Buy a Chinese snack brand, find out here!