Motorola has made its comeback in the Pakistani market with the launch of Moto Z, being one of the initial moduler phones available in the market.

The launch is undertaken by Lenovo, which bought the Motorola Mobility in 2014 and later merged Lenovo smartphones into Motorola. This essentially means that Moto Z is launched by Lenovo but since due to its strong brand recognition, particularly due to iconic Motorola Razr or those early days Motorola phones, they are marking the event as Motorola’s re-entry in Pakistani market.

Coming forward with the official launch of Moto Z, the smartphone brand and almost three of its models will be available in Pakistan with official warranties.

Getting back to the base, the phone is world’s thinnest smartphone at just 5.2mm. Made from military aircraft-grade aluminum and stainless steel, the Moto Z is equipped with a powerful Qualcomm® SnapdragonTM 820 processor, 4GB of RAM and 32 GB or 64 GB of storage inside.

The Motorolla model has a 13MP camera with optical image stabilization and laser autofocus, which help users take beautiful, true-to-life pictures in any light and conditions. The front-facing 5MP camera includes a wide-angle lens. Moto Z also includes an extra flash on the front camera to ensure users look their best, even in low light.

It comes with a water-repellant coating, which shields the smartphone from rain, splashes or spills that might come its way.

With the fingerprint reader, a touch is all it takes to instantly wake up the phone. Moto Z supports up to 30 hours of battery. When in need, the TurboPower™ Mod provides up to 8 hours of power in just 15 minutes.

Arif Shafique, head of Lenovo in Pakistan, said that Moto mods are the revolution that consumers of this age were looking for. He said that mods are designed to enrich the user experience about things they love to do. 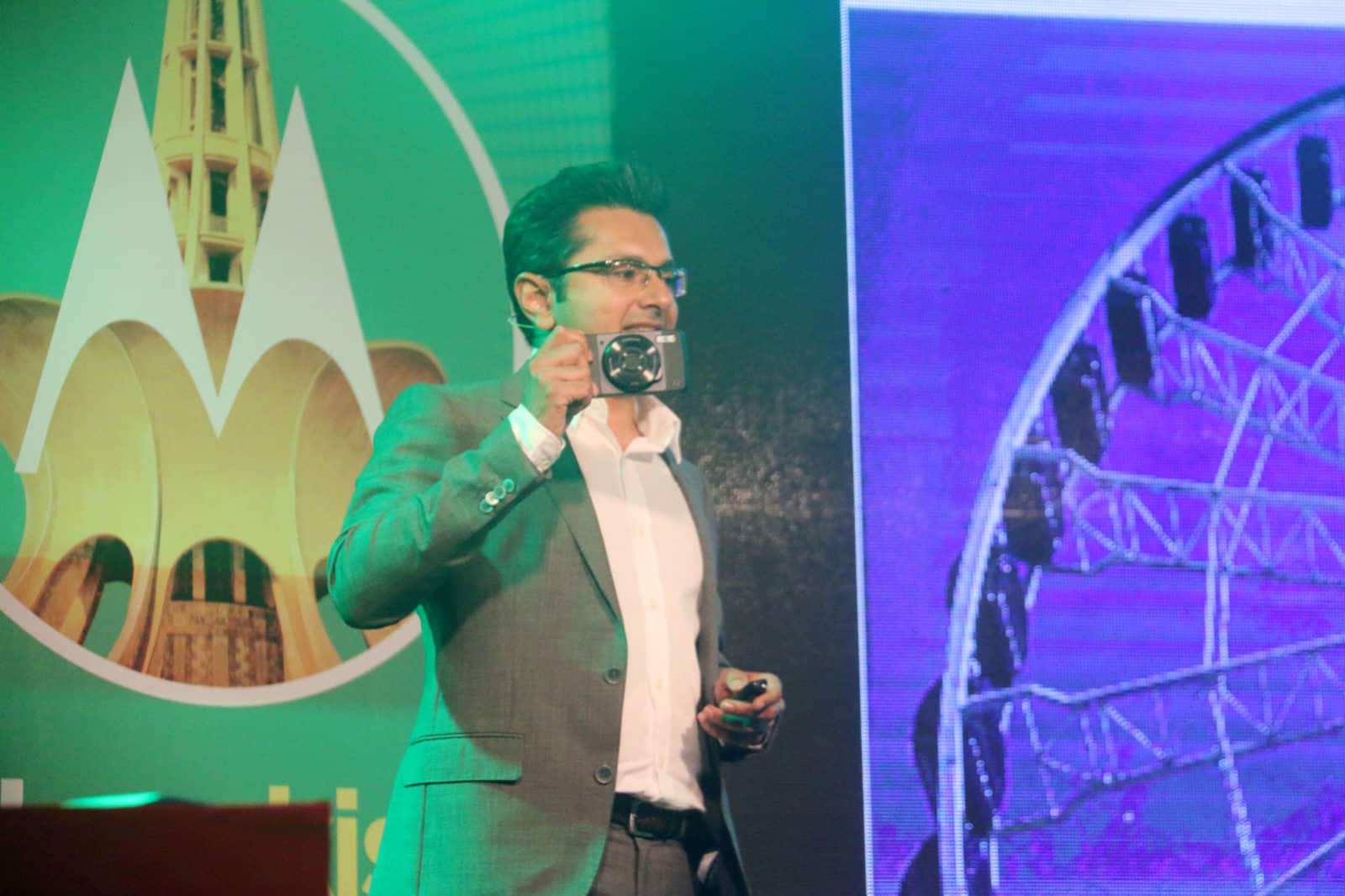 SCustomers can expect even more control and flexibility with the ability to shoot in RAW format, in addition to the physical shutter and zoom controls, guaranteeing a great handling experience.

The Moto Z smartphone along with the Moto Mods are also available across select retailers in Pakistan with the following prices:

What it’s like to fly on the best airline? Figure out yourself!

Verging towards a tech-based world.